Music is the ultimate weapon used today to control our consciousness.

Chris Porter
Writer
As well as writing about music, Chris Porter is a songwriter, singer, producer & vocal coach. He has written for all manner of international artists, including Dagny, Dzeko, and hit the No.1 spot with Thailand’s Singto Numchok. His music has had thousands of placements on film, TV & radio all around the globe. 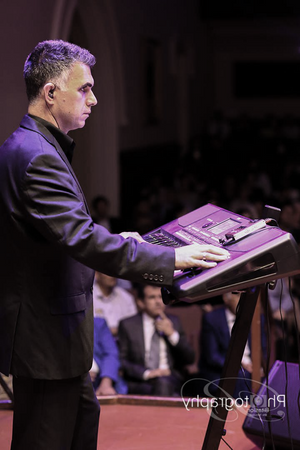 Art Tawanghar has been making unique, culturally varied, and extremely accomplished music for a considerable period of time. We got the chance to catch up with him for a retrospective on his catalog and to delve into the ethos and methodology behind how and why he creates the works he does.

Hi Art. Good to chat! From your output alone, you appear to be something of a musical chameleon. If you had to describe what you create in one phrase or genre, what would that be?

Every time I even think of making a new release, I always think of its intention, ( why? ) how is this going to help as an artist, my fans, my listeners, and how I can help them cleanse, heal and elevate their soul by just listening to a few minutes of sonic vibrations so-called music.

What kind of vibrations I will be making, is this going to help the people on the planet or the environment for that matter. I truly believe that all is connected, so how I think or do next can truly have an impact on the big picture.

Whenever we here at Stereo Stickman review one of your pieces, two things tend to jump out at us. Firstly, you seem to have a wealth of great artists at your fingertips to collaborate with. How do you go about setting up these (presumably international) collaborations?

Through my label MHR we get many daily submissions or rooster demos, my team and I always listen to these submissions for considerations. I am not after big-name brands but truly look at who is capable of singing/unexposed Talent who is best capable of telling that story.

We then handpick a few of the best nominees and try to see which artist sounds best for the project.

In the end, we will provide 2-3 diff versions to our network audience ( test sample audience ) and let the majority decide which vocal sounds best.

The selected Vocalist will then be picked and moved forward into master production.

We also sometimes release several versions of one track, just several vocalists maintain equal votes, so we then release both versions.

The other thing we notice is that a lot of your recent works seem to include the words ‘in 432Hz’ in the title. It’s been said that 432Hz is the ‘natural frequency of the universe’, and further that it has cosmic healing powers and attracts an audience. Can you explain what that means for us?

Science has shown us already that through sound we can levitate objects, boil water in less than 3 secs, DNA Healing/Repair, meditation, and many other therapeutical results

Let’s imagine if 9, 6, 3 did not exist, then Geometry as we know today would not exist, or the creation itself would never exist. We exist because of these harmonious laws, such as Fibonacci, Pi, and many others.

When music is streamed following these golden laws/rules, then it has way more impact on our DNA than regular 440Hz. Our music used to be nothing but Solfeggio scales, but unfortunately later on during World War 2, it was changed to 440Hz and used as a weapon to reduce our consciousness, and ability to be easily controlled.

432Hz is truly another super ancient freq that is specifically designed to synchronize us with the harmony of our own earth.

Listening to 432Hz helps us keep calm, and heal faster not only at the molecular physical level – but it also helps us expand our consciousness, getting rid of old and making room for new. Kind of a total flush for our soul and aura system.

I am recently experimenting with secret pyramid scales and how it can truly be used. Indian music has been using these methods for thousands of years – when you hear OM, it is equal to 528Hz, which Nasa proved to be the freq of our own SUN.

So, then, how does one goes about creating a recording is 432Hz? Is there a different set of methods to capture sound?

It is actually pretty simple, basically calibrate your tuner to 432Hz, or if on a digital instrument you can tune the whole instrument down to…

This alone will make whatever you are playing into that harmonious frequency.

Here are a few other Frequencies within the Solfeggio scale;

396 Hz – Liberating Guilt and Fear
417 Hz – Undoing Situations and Facilitating Change
528 Hz – Transformation and Miracles (DNA Repair – Repair – and derives from the phrase “MI-ra gestorum” in Latin meaning “miracle”. This is the exact frequency used by genetic biochemists to repair broken DNA – the genetic blueprint upon which life is based!)
639 Hz – Connecting/Relationships
741 Hz – Awakening Intuition
852 Hz – Returning to Spiritual Order

Music could be described as an ‘extremely cost-effective holiday’ – as it’s capable of taking us somewhere else simply by listening to it. You appear to have taken that a step further and created music that you’ve described as ‘healthy’. Do you mean music can actually help the listener to live a healthier life, just by virtue of listening to it, and if so, is there a prescribed amount of listening required for it to be effective?

Well said, yes a few seconds of some music can take us back to many years back, it is very powerful. As anything else that we consume can be good or bad, music or choice of music can also either help us elevate or enhance stress levels.

Science through PEMF technology has proved that through Sonic Pulses we can truly heal on both a Physical and Spiritual level.

Be Happy or Sad

…and soo many other emotions are controlled directly by music. I always say Music is the ultimate weapon used today to control our consciousness.

Did you know originally Imagine ( John Lennon ) was written in 528Hz?

I didn’t! But do you mean healthier physically, spiritually, morally, or all three?

Yes, music can touch us on all levels and even beyond. Using proper freqs and techniques, music can even be used for Time travel, (maybe this would make for another talk 🙂 )

Most recently, we reviewed your version of Albinoni’s Adagio in Gm featuring Negar Nick playing the Azari Kamanche. It was the first time the piece has been captured in 432Hz and the first time performed on a Kamanche. Is innovation like this important to you, or is it simply fulfilling artistic expression?

Yes, there are some variations of this song in 432Hz already but it is basically tuned down from 440Hz. This is the very first version that is actually performed, which means Instruments tuned to actually 432Hz so that we could record the full bandwidth of the freq and not a digitally pitched version of it.

And yes, it is the very first time this has been performed on Kamanche. Usually, this instrument has a very short fretboard, and playing such a piece is technically impossible, but thanks to today’s technology, it allows us to really make the impossible possible.

We were completely blown away by Fire. It has to be one of the most disparate pieces we’ve ever been asked to review. Did you conceive of the piece exactly how it ended up sounding or was it an organic process that morphed and changed as you added more and more to it?

Thank you so much, I am truly honored that you feel that way. After many years of studying Indian/Persian/Turkish and many other scales, I find listening to these ancient scales quite heavy and boring. Hours and hours of Main Genre > Subgenre > Mini genre > Micro Genre goes on and on, so I always thought of combining e.g. Persian classical music with Electronic dance music.

It was something that was never done before, and I think it came out pretty great for an experimental project. The classical parts are actually two of the best Maestros of Persian music, Mohammad Reza Shajarian ( Vocal ) and Mohammad Reza Lotfi ( Tar ” Persian Guitar ” )

Do you have a favorite instrument or instrument that you like writing for?

I play many instruments professionally, they are beautiful. I think combining different sounds is my true passion.

The global Covid-19 situation has inspired new ways of working and gigging, and some new works – some of which we have seen here on Stereo Stickman. How has it affected your creative processes or sensibilities?

Impacted me quite a bit on the emotional level just witnessing this whole new world order transition, but also gave me some 1:1 with myself, helping me reach deeper within, which lead to some of the recent releases such as; Fire, Adagio and etc..

Also to contribute to those in need, I set up a Spotify COVID playlist so that listeners could enjoy and ease their pain.

The future is an unknown shape, as it always is, but perhaps more so now than is usual. What do you foresee for the evolution of music, and the way it is consumed, looking beyond 2020?

With the hunger of humanity towards AI and Quantum computing, which leads sadly to a future of music generated using AI in various Genres, many platforms recently launched supporting this idea and are able to produce amazing quality music without the use of Artists.

But every coin has 2 sides, the good side is that 3D binaural mixes are starting to trend as we can witness on Apple and Amazon music platform, and open a whole new way of listening to music. Listening to music would provide more of personal experience. Imagine if you are listening to a 3D Binaural mix and suddenly can interact with how loud u want the Drums, Bass, Strings to be and other controls. So music will eventually become a lot more personalized experience vs. a global experience one size fits all kind of experience.

BMW i4 already releasing cars in 2021 supporting the same exact idea by having Hanz Zimmer make personalized experiences for all the Car owners. Imagine when you bought a single piece of music not only you get the virtual 3D binaural audio, but you also get the experience with it. That would be a pretty awesome game changer.

And what is next for you, personally?

Basically I love to explore more within the 3D Binaural and Solfeggio freq. space. Creating healing music sessions ( experiences ) for various intentions. My main goal is to truly help humanity raise their consciousness/energy to its optimum level, which can lead towards a happy and fulfilled life, free of all materialistic cravings and distortions generated by our own Matrix.

I believe combining these 2 could be very special. I will definitely keep you posted on the outcome.