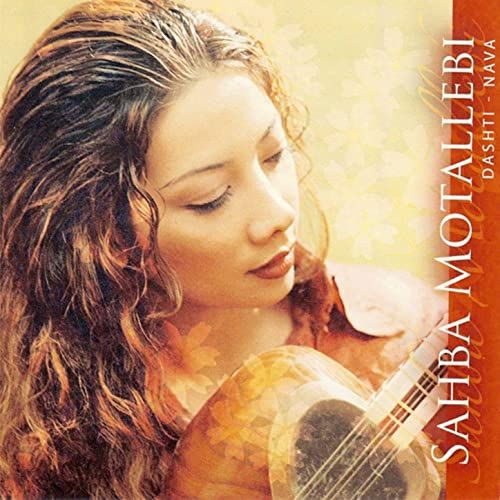 Mesmerizing with her command of the tar, setar and shoorangiz, Sahba Motellabli captivates audiences globally with music born from centuries of Iranian tradition, interpreted through a contemporary lens, creating brand new music rooted in the past. She takes the listener on a journey of enchanted song, through a flurry of rhythmic chord hits and punctuated finger-work. Her hands dance across the strings, agile and flexible, effortless even at lightning speed. Known as "Queen of the Tar," or "Jimi Hendrix, but on Tar," Sahba invites us into a terrain of perfected sound with nuanced harmonics and siren-like whispers.

Born into a Baha’I family in Tehran and later relocating to Sari near the Caspian Sea, Sahba began her musical career at age 11 by learning the setar. Three years later, her talent earned her a place at the prestigious Tehran Conservatory of Music. She defied societal norms by moving to Tehran in 1992 where she lived independently and studied music despite the fact that women were not allowed to be seen carrying instruments in public. She experienced a life-altering moment when she was introduced to the tar at age 15 which led her to study with Master Fariborz Azizi and Master Ostad Hossein Alizadeh. She began practicing 8 hours a day, learning the "radif," systems of Persian music. At the Conservatory, she earned the award of Best Tar Player from 1993 – 1996. Then Sahba surpassed all expectations and won first prize for all levels, ages, and genders as the "Best Tar Player" in all of Iran for four years in a row in all festivals and competitions, from 1995 - 1998. In 1999, Sahba was invited to join the Iranian National Orchestra and began her international career. She also founded the first all-female Iranian band ever called "Chakaveh" despite the rule that women were not allowed to perform without men in Iran. At the time, women weren’t even allowed to perform with men in the main concert hall. Since then she has played concerts all over the world as a soloist and with renowned musicians such as Yo-Yo Ma, Keyhan Kalhor, Rahim AlHaj, and Arturo O’Farrill.

After touring with the Iranian National Orchestra, her desire to perform and experience the world led her abroad. At the Korsakov de Saint Petersburg of Russia, Motellabi studied composition with Professor Minatsakania from 2002 -2003, then she went to RGS University in Kayseri, Turkey from 2004 - 2005 leading workshops as part of her studies in Iranian/Turkish music working with Professor Sabri Yener. She was honored with a Certification of Recognition from the California Legislature in 2006 and then completed her studies, earning a B.F.A. from the California Institute of the Arts in World Music, Performance and Dance in 2010. Most recently she has performed at the Kennedy Center and Smithsonian Institute in Washington, D.C., Metropolitan Museum of Art and Kaufman Music Center, Merkin Hall in NY, Hollywood Bowl and Grand Performances in Los Angeles, and in Chicago at Old Town School of Folk Music and the Chicago World Music Festival. She has toured extensively abroad including in Europe, Dubai and China. Sahba will be performing at Peter Gabriel’s famed WOMAD UK in July, 2021. To date she has recorded 10 albums and has written and published two books: "Niyayesh - Six Pieces For Tar" and "Tolou - Pieces For Persian Orchestra."

Sahba’s music transports the listener into another realm, through kinetic rhythms and haunting melodies. In her song, "Birth," she summons the muse. The radiance of her soul is expressed in a melody that feels like an immersion in an ambrosial pool. Her contrapuntal strokes arrive and we are reminded of the reality of her hardships, the many obstacles she had to overcome so she could become a modern virtuoso of the tar. We are fortunate to hear her expressive musical voice spoken through ancient music transported into the 21st century.

Sahba’s charismatic stage presence translates into educational workshops for others as she is committed to giving back to the world for the many gifts she feels that her teachers bestowed upon her. She has taught master’s classes at numerous universities including William and Mary College in Virginia, University of Texas - Austin, Berklee Institute in Massachusetts, Pasadena State College in California, Lawrence University in Wisconsin. She also supports community outreach programs globally, and recently for the non-profit, "Voices of America" in St. Louis, Missouri.

Sahba is a musical pioneer as she’s the first person to translate instructions for playing the tar and put them on the internet in both Farsi and English. Through a series of YouTube videos, Sahba demonstrates the very rigorous discipline it takes to play the instrument, starting with the very basic techniques. In teaching her students about the correct way to hold their strumming hand she advises, "Pretend your hand is wet and you want to shake the water off," and she reminds everyone that "Your wrist should have a gentle, natural bend in it, very relaxed and loose."

Listening to Sahba play is a transcendent experience. The placement of her body, her posture, is trained and purposeful. Her articulate awareness and heightened discipline magnificent. She sonically teases us into a deeper realm, like a suspenseful seduction. Unfamiliar melodies and microtones with hammering and plucking lead us down sonic pathways previously unexplored. We forget and then remember who we are and travel from the known into the unknown. With Sahba on the tar, we are given an auditory adventure that heightens the meaning of existence. It makes one feel she’s been delivered from the heavens and put here on earth to transport us all. As the New York Music Daily put it, "There is no rock guitarist, no oud player, possibly no musician anywhere in the world with such subtle yet fearsome chops on a fretted instrument."