She is everything wins WAM Award 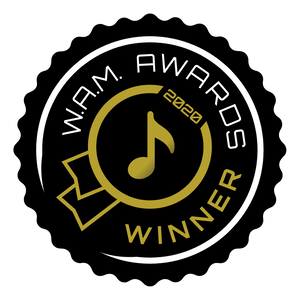 Art Tawanghar - She is Everything ft. Élan Noelle​

The W.A M. Awards celebrate the year’s most outstanding independent artists from around the world in multiple genres and categories. "Best Song" and "Best Album" nominations were based on Artistry, Musicianship, Originality, Professionalism, Diversity, and Excellence. W.A.M. stands for "We Are the Music Makers.' Art Twanghar's "She is Everything ft. Élan Noelle​ " was the 2020 W.A.M. Award Winner for Best Song in the Adult Contemporary music category.

“She is Everything” is a sweeping, cinematic statement that immediately catches the listener’s ear and demands attention. The song begins with solo piano, establishing an emotional tone with occasional bursts of baroque-like embellishment that serve to foreshadow the musical climaxes to come. During verses, the powerful vocals of Élan Noelle are accompanied by a dense and momentous string arrangement and understated, sustained percussive accents. These elements combine to create a vivid, dramatic effect. The impactful chorus, which utilizes piano, strings and choicely harmonized vocals, inject the lyrical content of the song with a powerfully contemplative tone.

Lyrically, this song is an inspirational call to action. It pulls no punches about the dire state of environmental affairs in which the human race finds itself, and demands awareness as well as positive change. “She is the air that we breathe, She is the food that we eat, giving us life everyday, we can’t afford to turn our backs.” The song condemns division on this issue “all this hate is killing us…let’s just leave our differences aside.”

The dynamic layering of sonic textures throughout this song is expertly done. The arrangement builds to an epic sound almost immediately and then uses subtle instrumental shifts to keep the energy high enough to justify the huge lyrical message packaged within. A show-stopping vocal performance, along with a state of the art dramatic instrumental arrangement make this song worthy of the crucial message it delivers and the award it won.

Art Tawanghar Is an award-winning and Billboard charting composer, musician and multi-genre producer, who combines electronic production, live instrumentation, and a variety of Western and Eastern cultural influences to craft his uniquely relaxing and soul-searching sounds. Tawanghar released his spiritually searching album “Soul of the Earth” in 2016. A year later he dropped “Buddha Lounge”, the instrumental album charted on Billboard #1 for 13+ weeks in the New Age Chart. This was followed by “Buddha Lounge 2” which won many accolades, and was also considered for the 61st Grammy Awards.

June 2019 sees Art Tawanghar raise the bar even higher, with the releases of “Buddha Lounge 3 Chill – New Age California” – containing 7 deeply meditative and life-affirming songs. Everything within its leaps and bounds is quite remarkable on this album, either through pure musicality, or the immense emotional basis that Tawanghar’s arrangements thrive on. None more so than the surprising opening track,