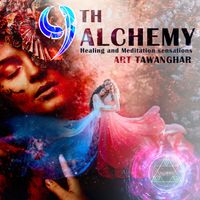 From the recording 9th Alchemy Healing and Meditation sensations

Rainforests are often called the lungs of the planet for their role in absorbing carbon dioxide, a greenhouse gas, and producing oxygen, upon which all animals depend for survival. Rainforests also stabilize climate, house incredible amounts of plants and wildlife, and produce nourishing rainfall all around the planet.

Rainforests are essential to life on Earth. Not only do they provide air, water, medicine, food, and shelter to a multitude of living beings, they are also one of our best natural defenses against climate change because of their capacity to absorb greenhouse gases from the atmosphere.

When the founders of the Rainforest Alliance set out more than thirty years ago to save the world’s rainforests, we quickly learned that in order to do so, we’d have to transform the agricultural sector (the number one driver of deforestation worldwide), as well as forestry and tourism. From the beginning, our approach has been to work with farmers and indigenous and forest communities to cultivate sustainable rural livelihoods that incentivize conservation.
Today, we work in more than 60 countries to stop deforestation and initiate reforestation, improve livelihoods, and protect biodiversity. Although rainforests cover only 2 percent of the Earth’s surface, these ecological powerhouses are critical to nearly every aspect of the planet’s health—including our very ability to breathe.

Here’s what everyone should know about rainforests:
1. Rainforests are a powerful natural climate solution.
2. Tropical forests have become net carbon emitters
3. Tropical rainforests cover less than 3% of Earth's area, yet they are home to more than half our planet's terrestrial animal species.
4. Rainforests play an essential role in maintaining the Earth’s limited supply of freshwater.
5. Rainforest plants are used in some of the world's most important, life-saving medicines.
6. A swath of rainforest the size of 40 football fields disappears each minute.
7. 1 out of 4 people worldwide depend on forests for their livelihoods.
8. You can help conserve rainforests by choosing products that bear the Rainforest Alliance Certified™ seal (Hint: just #FollowTheFrog!).
9. Working in partnership with rural communities is an effective, proven approach to keeping forests standing and conserving natural resources.