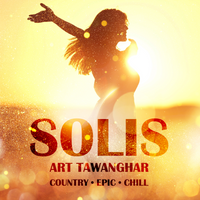 From the recording Solis-Country-Epic-Chill-Indian-Flute-Bansuri Sensations

Why This Track?
Energy and Spirituality of Sun

You learned in the science section that energy is the ability to do work. Another word related to energy is ‘power’. In physics, power is measured in terms of the rate at which work is done. This rate is determined by how much energy is consumed by a certain amount of work over a given period of time. Solar power, for example, is the ‘work’ that can be done by the sun’s energy after it is converted into electricity.

In the English language, the word ‘power’ is also frequently used as a descriptive adjective. People speak of a powerful emotion, a powerful work of art, or a powerful army. These uses of the word draw on the basic idea that something is powerful when it is strong and full of energy, when it ‘works’.

In this section we briefly explore how people have related natural energy and spiritual energy both literally and figuratively in various religious traditions of the world. Throughout the history of different cultures, people have often used the words ‘energy’ and ‘power’ to describe their experience of god, gods, or other spiritual forces. Some ancient, as well as contemporary cultures identify god’s being with natural energy itself, such as the sun, wind, lightning, or volcanic eruptions. Other cultures understand natural energies as expressions of god, rather than as god’s being itself. For example, in cultures influenced by Christianity, god is considered the creator of natural forces and thus is in a ‘superior’ (or, 'supernatural') relationship with nature. Other religions see natural energies as instruments that god, gods, or other spiritual forces use to communicate with human and non-human life.

Individuals also experience a relationship between natural energy and spirituality in personal ways. Some people feel a spiritual energy within their own passions, motivations, conscience--or even their dreams—which guides them in their life. In the Biodiversity chapter, for example, the Mirrar People of Australia identify their dreams and waking visions as inner sources of spiritual energy. Many religions of the world call the source of this embodied, spiritual energy a soul. Proper balance between Yin’s 'negative' storing force and Yang’s 'positive' releasing force ensures that a healthy Qi energy is flowing through everything from an organ of the human body to the snow on a mountaintop. For Taoists, the energy of nature neither moves in a sequence of cause and effect (as understood in modern science), nor exists apart from spiritual energy. Rather, all energy is simultaneously natural and spiritual and flows in a circular pattern modulated by the interplay of Yin and Yang.